There is speculation in every direction surrounding the newly falling oil prices we are seeing. Is there a globally-minded motive behind OPEC maintaining its production levels despite the falling prices? Will North American oil companies have to cut back if this trend continues? What will happen if prices continue to fall dramatically? The most relevant question in this community is, how will the decrease in gas prices affect the electric vehicle market?

While Tesla and other high-priced BEVs are unlikely to feel these effects (hard to imagine someone buying a $100,000 car is worried about prices at the pump), the more affordable EV models, whose buyers are often as fiscally motivated as they are environmentally motivated (if not more), may be losing a selling point. However, given the novelty of these price declines, and a market that has been burned by tumultuous gas prices before, this may not amount to much. Time will tell.

According to Stephen Hicks, founder/CEO of Southridge Capital, we may be asking the wrong questions altogether. Hicks, whose financial holding company knows something about what to invest in (they have put almost $2 billion into growth companies the world over), believes the electric car market may be on a trajectory that won’t be abbreviated. He compares the growth to that of airplanes in the early 20th century:

“I believe there is another issue which will have greater impact over time and that is the rise of electric cars. What we are seeing here is similar to the Wright Brothers and commercial air traffic a century ago. The first flight at Kitty Hawk was in 1903. However, it was not until 1919 that the first municipal airport was constructed.”

While he is realistic in noting the advancements in battery technology and charging stations that are necessary to this goal, his message carries an optimism that boosts confidence in the EV market at a time when it could quiet a bit. He leaves us with some hopefully prophetic speculation: “by the middle of this century, internal combustion will be gone.” Here’s hoping!

What Are Clean Energy & Energy Efficiency Doing To Oil Prices? 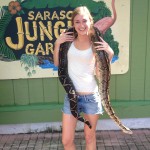 is a graduate of Eugene Lang College at the New School with a B.A. in Education Studies. She has a passion for social justice -- in education and any other form it takes. In this sense, she sees alternative energy and environmental initiatives as a way to support the well-being of all people, but particularly those most burdened by inequality and climate change. She currently resides in New York City, where she spends her free time cooking and reading mystery novels.