A new report by Deloitte sees trouble ahead for the EV market. To put it specifically, the consulting firm thinks there will be a glut of electric cars on the market in coming years and not enough people willing to buy them. A healthy dollop of financial pain is forecast for the world’s automakers as a result. The problem is, the report is riddled with illogical assumptions and even factual errors.

Believe it or not, predicting the future is big business, despite the fact that such predictions are often flat out wrong at best or disastrously misleading at worst. The biggest problem with prognosticating is the need to get paid for doing it. That often leads the soothsayers to say what their clients want to hear rather than what the tea leaves or tarot cards suggest.

Deloitte predicts that battery electric cars and conventional vehicles will reach price parity in about 5 years. Once that happens, the switch over from internal combustion to electricity should accelerate, right? Not necessarily, warns Michael Woodward, UK automotive partner at Deloitte.

“In 2018, we saw global EV sales surpass two million units for the first time; twice those sold in 2017. In the UK, the cost of petrol and diesel vehicle ownership will converge with electric over the next five years. Supported by existing government subsidies and technology advances, this tipping point could be reached as early as 2021. From this point, cost will no longer be a barrier to purchase, and owning an EV will become a realistic, viable option for new buyers.

“Whilst there is a distinct trend developing in the EV market, the story is not a clear cut one. As manufacturers increase their capacity, our projections suggest that supply will vastly outweigh consumer demand by approximately 14 million units over the next decade. This gearing up of EV production is driving a wide ‘expectation gap’ and manufacturers, both incumbent and new entrants alike, will need to adapt towards this new competitive landscape.”

The problem, as our own Maximillian Holland points out, is that Deloitte’s forecasting doesn’t match historical growth trends and assumes giant barriers will slow and even stop growth even though we’ve already leapt over some of those barriers. Maximillian summarizes:

The report’s errors, confusions, and omissions include:

To explain, Mr. Holland even busts out some homemade charts.

Notice that Deloitte’s data for 2017 and 2018 are historically accurate. Any differences here are not due to different interpretation of sales numbers prior to 2019.

On first appearance, this looks like a fairly normal graph. On closer inspection, in plotting the data as the company does, Deloitte is assuming that the historical growth over the past several years — up to and including 2018 — is about to drop off very significantly.

The green data show the historical growth rate (56.66%) continuing over the coming years. For Deloitte (the red data), it’s as if the growth up to now was a fluke and, after 2018, Deloitte projects that growth slows and slows. You can see that, for 2019, Deloitte’s red bar is immediately down on the recent growth trend projection depicted in the green bar. In figures, its growth projection drops from the recent 5-year average of 56.7% to just 37.5% in 2019. From there, it only gets worse in Deloitte’s prediction. Here’s the company’s complete 12-year forward projection in year-on-year % growth terms, plotted against the year-on-year % growth rates that have historically been recorded:

Deloitte sees EV growth rate immediately dropping from recent 5-year 56.7% year-on-year average and quickly trending to zero! Down, down, down! Doom and gloom. There’s a small uptick of growth around 2023 and 2024. That’s around the time they claim EVs will achieve TCO parity with gas/diesel vehicles (we at CleanTechnica think it’s much earlier, discussed below). Deloitte predicts around 9–11% market share for EVs in 2023–24 (below graph). After this, however, EVs apparently must get relatively less attractive, because EV growth drops off a cliff, trending into single digit % growth after 2027, according to Deloitte. This declines further, trending towards zero growth from 2030 onwards, after EVs’ overall market share has approached 20% (see graph below).

Getting more technical, Maximillian explains grave errors regarding charging speeds, battery prices, driving range, and total cost of ownership in the Deloitte study — charts and all! Check out the full counter-analysis on CleanTechnica to read more.

Consulting firms have one mission in life — say what the client wants to hear. It’s a way of promoting group think. Consultants sell opinions which most of us are willing to give away for free. Nice work if you can get it. 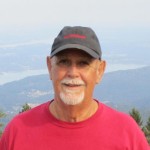