Each year, Tesla unveils its 10-K SEC annual report, which provides a fascinating, comprehensive overview of the company’s business and financial condition and includes audited financial statements. From subsidies at the national and state level, to federal tax credits for consumers buying electric cars and solar panels, to fuel efficiency standards that help bring millions in revenue, Tesla — like many corporations — has received significant support in different forms.

Tesla’s governmental assistance has often been the object of media scrutiny, while the same outlets have basically ignored societal subsidies for oil, gasoline, and non-electric automobiles. Lopsided as it is, one of the most prominent criticisms of Tesla is the idea that the company relies heavily on government subsidies, incentives, and other forms of support.

At this early part of the year, it might make sense to take a look at the various forms of support that Tesla has benefited from.

Tesla has entered into multiple agreements over the past few years with the CAEATFA that provide multi-year sales tax exclusions on purchases of manufacturing equipment that will be used for specific purposes, including the expansion and ongoing development of Model S, Model X, Model 3, and future electric vehicles as well as the expansion of electric vehicle powertrain production in California. On March 20, 2018, the CAEATFA Board approved resolutions 17-SM003 and 18-SM004 for 2 sales and use tax exclusion awards for Tesla’s expansion of its manufacturing facility to accommodate production of its Model 3 vehicle. Both resolutions require that Tesla update the CAEATFA Board in writing and in person every four months for 3 years with regards to the following:

A contract between the State of Nevada (acting by and through the Nevada Governor’s Office of Economic Development) and Tesla on October 17, 2014, outlined commitments for Tesla to make minimum capital investments in exchange for consideration of local sales and use taxes, as well as certificates of eligibility for the Economic Development Rate Rider and 2 types of transferable tax credits. At least 50% of the employees engaged in construction of the project and 50% of the qualified employees engaged at the project were required to be Nevada residents. The 2018 Tesla Economic Impact Summary states that, while original projections differed from what was subsequently contracted in SB1 2014 and what is, therefore, expected from Tesla, the quantitative picture of the project’s effect on the region is “a remarkable success by either measure.”

Tesla’s sum agreements for what’s called Gigafactory 1 with the State of Nevada and Storey County in Nevada provide abatements for sales, use, real property, personal property and employer excise taxes, discounts to the base tariff energy rates, and transferable tax credits. These incentives are available for the applicable periods beginning on October 17, 2014, and ending on either June 30, 2024, or June 30, 2034 (depending on the incentive). Under these agreements, Tesla was eligible for a maximum of $195 million of transferable tax credits — subject to capital investments of at least $3.5 billion, which they exceeded during 2017, and specified hiring targets for Gigafactory 1, which they exceeded during 2018.

As a result, as of December 31, 2018, Tesla had earned the maximum number of credits.

In connection with the production, delivery, placement into service, and ongoing operation of its zero emission vehicles (ZEVs), charging infrastructure, and solar systems in global markets, Tesla has earned various tradable regulatory credits. They sell these credits to automotive companies and other regulated entities who can use the credits to comply with emission standards and other regulatory requirements.

For example, under California’s Zero Emission Vehicle Regulation and those of states that have adopted California’s standard, vehicle manufacturers are required to earn or purchase credits, referred to as ZEV credits, for compliance with their annual regulatory requirements. These laws provide that automakers may bank or sell to other regulated parties their excess credits if they earn more credits than the minimum quantity required by those laws. An international infrastructure acceleration for the rollout of ZEVs at the 2018 Global Climate Action Summit was accompanied by major announcements of 100% ZEV targets by 26 cities, state/regions, and businesses.

Tesla also earns other types of salable regulatory credits in the US and abroad, including greenhouse gas, fuel economy, and clean fuels credits. Similarly, several US states have adopted procurement requirements for renewable energy production. These requirements enable companies deploying solar energy to earn tradable credits known as Solar Renewable Energy Certificates (SRECS). The SREC program provides a means for SRECs to be created for every megawatt-hour of solar electricity created. The SREC is sold separately from the electricity and represents the “solar” aspect of the electricity that was produced. The value of an SREC is determined by the market subject to supply and demand constraints.

Tesla vehicles are subject to, and comply with or are otherwise exempt from, numerous regulatory requirements established by the National Highway Traffic Safety Administration (NHTSA), including all applicable United States Federal Motor Vehicle Safety Standards. Fully compliant and without need for exemptions, Tesla vehicles expect to continue to comply in upcoming years with limited exemptions related to new technologies.

As a manufacturer, Tesla must self-certify that its vehicles meet all applicable national standards before the vehicles can be imported or sold in the US, including crash-worthiness requirements, crash avoidance requirements, and electric vehicle requirements. Additionally, Tesla must comply with NHTSA’s Corporate Average Fuel Economy (CAFE) standards, which regulate how far their vehicles must travel on a gallon of fuel. Tesla meets NHTSA Theft Prevention Act requirements, which require vehicle manufacturers to label major vehicle component and replacement parts so authorities can better attempt to trace and recover stolen parts and also encourages manufacturers to install passive anti-theft devices, like immobilizer systems, as standard equipment on their vehicles. The Automobile Information and Disclosure Act requires Tesla to disclose certain information regarding the manufacturer’s suggested retail price, optional equipment, and pricing. In addition, this law allows inclusion of city and highway fuel economy ratings, as determined by EPA, as well as crash test ratings as determined by NHTSA if such tests are conducted.

Tesla sold outside the US are subject to similar foreign safety, environmental, and other regulations, and, because they often differ from those in the US, may require redesign and/or retesting. The European Union has established new rules regarding additional compliance oversight that are scheduled to commence in 2020, and there is also regulatory uncertainty related to the United Kingdom’s impending withdrawal from the European Union. These changes may have an impact the rollout of new Tesla vehicle features in Europe moving forward.

“I think we will be feature complete — full self-driving — this year,” Musk said in a 2019 podcast interview with Tasha Keeney and Cathie Wood of ARK Invest. Musk also acknowledges, “The fundamental goodness of Tesla … so, like, the ‘why’ of Tesla, the relevance, what’s the point of Tesla, comes down to two things: acceleration of sustainable energy and autonomy.” The Tesla Autopilot hit a milestone of 1 billion miles of operation in customer vehicles in 2018.

There are no federal US regulations pertaining to the safety of self-driving vehicles; however, NHTSA has established recommended guidelines. NHTSA says that the continuing evolution of automotive technology aims to deliver even greater safety benefits and – one day – deliver Automated Driving Systems (ADS) that can handle the whole task of driving when we don’t want to or can’t do it ourselves. In 2017 they issued A Vision for Safety 2.0, which outlines safe deployment of advanced driver assistance technologies by providing voluntary guidance that encourages best practices and prioritizes safety. The document also provides technical assistance to the US states and best practices for policymakers.

Just last week, the very first Tesla Model 3 owners in Norway received their cars, and new owners have flooded the internet with photos of their dreams-come-true. Now concerns are emerging that Tesla can’t keep up with demand — are there enough large metropolitan areas with a Tesla store or gallery?

Electric cars are slowly moving from niche to something “people want to buy,” and Tesla has led the way. Rather than the old claim that the only reason that Tesla exists is because of government subsidies, now we’re seeing the effects of the reciprocity of government and business in collaborative visions of a clean energy tomorrow. And isn’t it time, anyway, for governments to devote the maximum funding possible to researching the most challenging problems that stand in the way of weaning ourselves off carbon? 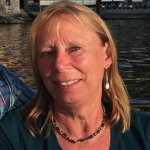