Tesla’s annual shareholder meeting held on Tuesday June 5th 2018 gave us some interesting updates about the company’s progress in its mission “to accelerate the world’s transition to sustainable energy.” This post will just quickly outline some of the highlights, and there will no doubt be deeper analysis arriving over the coming days.

Elon Musk said that he now has confidence that, with a new 3rd line of the final general assembly of the model 3 (which is more efficient than the existing 2 lines), the production ramp will achieve volume of 5,000 units per week by the end of June. Tesla had previously suggested that this might occur in July, so that’s an improvement.

Elon also stated that he expects battery production improvements to enable Tesla’s cell-level cost to break the $100/kWh barrier towards the end of this year, and to break $100/kWh at the entire pack-level within 2 years. That’s way ahead of typical statements by mainstream analysts, such as BNEF, who currently predict the $100/kWh barrier at pack-level to be broken through only in 2025 (some 3.5x further away than Elon’s timeline). Typically the battery pack adds around 30% to the cost, so these numbers suggests that Tesla is still on a curve of reducing cost at 15% per year. Reducing battery costs (which recent engineering analysis has suggested may be around 40% of the material costs of the model 3) will help Tesla improve its profit margins across all product lines, and stay firmly ahead of the EV competition. More importantly, it will allow better sticker price competition with combustion  engine vehicles.

A very welcome piece of news emerged when an audience member asked about future plans for an even more affordable, compact Tesla vehicle. Having said a few years ago that they were planning to make such a vehicle, but more recently suggesting that they might not, Elon clearly stated that Tesla currently does indeed plan to offer an even more affordable, compact vehicle, sometime within the next 5 years. Since making a true mass market vehicle, with all the capability that Tesla vehicles have come to be known for, will greatly accelerate the shift to EVs worldwide, for me this was the best and most important news to come out of the meeting.

None of the shareholder proposals to change board membership or to challenge Elon’s roles as both CEO and chairman received significant support, and were voted against by a supermajority.

Other technical highlights from the meeting included:

Some of these were Elon’s off the cuff responses to audience questions, so the timeline and detail of these improvements remains to be seen, and these are of course on ‘Elon time’, so should be taken with a pinch of salt. Elon jokingly revealed that he has always been optimistic on his timing. When they were kids, his brother Kimbal used to lie to him about the time, so that they didn’t miss the school bus. Some things never change!

More analysis will follow on the Important Media Network over the coming days. 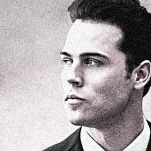