File this one under I, for “it’s about time,” because although electric vehicles and solar power already have purchase incentives in place in the form of tax credits, electric bikes are still considered child’s play, I guess.

The Electric Bicycle Incentive Kickstart for the Environment (E-BIKE) Act, sponsored by Representatives Jimmy Panetta (D-CA) and Earl Blumenauer (D-OR), is the kind of legitimizing move that e-bikes (and the entire micromobility movement) deserve, considering their low carbon footprint, general affordability, and easy accessibility (no license, registration, or insurance needed).

The E-BIKE Act creates a consumer tax credit that:

Considering that a decent entry-level electric bike (meaning one that has enough power and a big enough battery size to handle daily and weekly commutes, with proven quality components, not bargain basement junky parts) starts at about $1000 — your mileage may vary — and goes up from there, a 30% tax credit is no chump change. And with a price limit for e-bikes to qualify for the tax credit set at $8000, there are plenty of options on the table for those looking for a seriously well-built e-bike that could very well last for years, if not decades.

“E-bikes are not just a fad for a select few, they are a legitimate and practical form of transportation that can help reduce our carbon emissions. My legislation will make it easier for more people from all socio-economic levels to own e-bikes and contribute to cutting our carbon output. By incentivizing the use of electric bicycles to replace car trips through a consumer tax credit, we can not only encourage more Americans to transition to greener modes of transportation, but also help fight the climate crisis.” —  Congressman Panetta

The new legislation, if signed into law, will allow e-bike buyers to receive a refundable 30% tax credit on qualifying new e-bikes (with a cost less then $8000), and according to PeopleForBikes, “The credit would be allowed once per individual every three years, or twice for a joint-return couple buying two electric bicycles. The bill also mandates a report from the IRS after two years to understand the distribution of the credit by income tax bracket and adjust for equity in the future.”

If you’re in favor of extending tax credits to not just electric car buyers and home solar purchasers, but also to prospective e-bike buyers, PeopleForBikes has a quick and easy way to email your support to your representative so they can co-sponsor the bill.

The E-BIKE Act is supported by:

Electric Bike Sales Are Booming, But Incentives Like Electric Cars Get Could Help A Lot 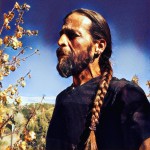