A new report from PA Consulting with the title How Long Is The Road To Driverless Vehicles? Assessing how close the Nordics are to autonomous vehicles explores what roadblocks lie ahead before the world embraces driverless and fully autonomous vehicles that provide Mobility as a Service (MaaS) to us humans.

The report is based on a survey of questions to 75 experts in the Nordic countries who are working for car builders, government, insurers, legislators, enforcement, highways authorities, technology providers, etc. A similar survey was conducted in the UK.

Though the report is indeed thorough and interesting, there are a couple of things that are not addressed properly in my opinion. Allow me to elaborate from a consumer’s point of view.

The report lacks input from ordinary consumers. Even though “experts” often have a very clear vision of their field of work, history tells us again and again that when a new technology hits the shelves for ordinary people to reach, reality puts the predictions to shame. It happened with the telephone, personal computers, the internet, the smartphone. Now it will probably happen with the autonomous automobile.

Here is an example from the report:

“The problem is us. We humans don’t (yet) have the capacity to actually understand what a driverless world will mean. The reality, and the possibilities, will hit us faster than we can adapt to them.”

See the real problem here? This statement is a bit confusing. It is like saying: any new technology is so complicated that no one will be able to comprehend it, let alone use it. This does not make any sense. I mean, of course we can’t comprehend the technology itself. But you do not need to know how the processors work in your smartphone to make a call or send a text.

Here’s the thing: when driverless technology reaches proof of concept, and even a child with a smartphone will be able to take a ride home, all infrastructure around the driveless systems will scramble to adjust to this new service. Not the other way around. The reason is economics.

Just like landlines were canceled when mobile phones spread out and VCRs and DVD players were scrapped when streaming became the norm, Connected Autonomous Vehicles (or CAVs as the report calls them) will get smarter much faster than the authorities can handle — like streaming video happened faster than Blockbuster could handle. And the CAVs will simply handle the infrastructure we are used to as human drivers. Far fetched? Maybe not.

Listen to what Elon Musk said in this TED talk earlier this year:

“Once you solve cameras for vision, autonomy is solved; if you don’t solve vision, it’s not solved … You can absolutely be superhuman with just cameras.”

That little word superhuman is not a joke. I think Elon is simply stating the obvious fact that a “driver” of a vehicle that has 360° vision, up to 250 meters range of sight, a “brain” able to process up to 2,800 high-resolution frames per second, and without being distracted by anything is indeed superhuman — at least in terms of driving a car. And it is worth noting that all Tesla vehicles produced from October 19, 2016 have the hardware to support this. According to Musk, the software will be ready for full autonomy next year.

Who Will Own The Hardware?

You should get used to the phrase “autonomous fleet,” because this is the framework for ownership in the world of cars of tomorrow. The commodity that revenue is based on will not be the cars sold — it will be the miles traveled. When CAVs mature in autonomous capability, they will be a member of a fleet. There will be services like Uber operating solely with their own brand and business model, and then their will be more liberal services like a Tesla shared fleet.

Anyone who has tried Uber can easily imagine the same service with CAVs, the only difference being no chatting with a driver. Acquiring a ride is the same, payment is the same. Tesla’s fleet is different, because you will be able to own your car, and just assign it to the Tesla fleet when you are not using it. This means you can choose to invest in hardware that can potentially create revenue, and still have full control over the vehicle. For the consumer, the practical use of Tesla’s fleet and Uber will be the same: hit a button, get a ride.

Fine, But When Can We Stop Thinking About This & Just Ride?

So, to expand on the problem from the report statement: no, we humans will never have the capacity to understand what a driverless world will mean — we will just live in it. And no, we humans will not adapt to all the possibilities that hit us faster and faster — we will just choose to use some of them. And this will happen sooner than most people think. The report states that some think it will happen next year, and some think it will happen in 20 years.

The reason this is so hard to predict is that we simply do not know how smart these cars will be. I think the CAVs will be very safe in traffic. When accidents do occur, the blame will most certainly be on the human behind the wheel of a non-CAV. I am positive that the insurance companies will do the math to back this up, making premiums rise accordingly, thus killing conventional driving with economic incentives to go autonomous — either as an owner or a user.

The person hitting the button “take me home” on his or her smartphone, getting in the car that pulls up by the sidewalk, unlocking its door automatically via  smartphone, getting a ride home in the safest possible way, and being charged seamlessly at a rate far lower than any taxi or bus or train today … will never give it a second thought.

Photo credit: Audi Aicon from my trip to IAA 2017

Update: Nvidia just announced a new generation of its automotive artificial intelligence supercomputer platform used by Tesla and many others. It’s called Drive PX Pegasus and is 10x more powerful than current systems referenced in this article.

In this article:Autonomous, autonomous driving, report 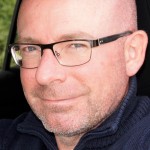