Governments, oil companies, automakers, Tony Seba — they all have an opinion on when EVs will overtake ICE, and then move on to 100% of new car sales. Anywhere in the range 2025 to 2050, take your pick. It is all when, not if. That is a huge shift. It was golf carts 2 years ago.

…and of course the Tesla Model 3 reservations!

Bolt sales are lethargic. Electric car prices are still high, range still a little low. It’s a market for early adopters only. Tesla Model 3 production has started, but if you ordered one today, expect delivery in 2019 or even 2020. So, what else could you buy in 2020?

It will depend on batteries.

Lithium producers live in the real world and forecast based on real-world demand (not PR spin), but even they are revising their forecasts in a big way.

40,000 tons of lithium represents about 1 million 60 kWh electric cars. So, lithium forecasts suggest that electric car production in 2020 will be more than 6 million, compared to an expectation of 1.5 million at the start of 2017. Add in 50% plug-in hybrids, and you have a 10% EV market share.

The stars will need to align for the massive ramp to actually occur. Any weak link could prevent the ramp happening to the projected extent. But there is no doubt about one thing — we have just reached the steep bit of the S-curve. 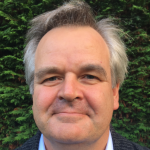 I am a science guy, with some interest in geology, history, and sport. When surfing the internet, I keep ending up at CleanTechnica — the science of saving the planet! I then hop over to YouTube and maybe watch some TED talks. Fresh air, a walk or a cycle ride, and some family laughs are always in my weekend.