Hydrogen fuel cell electric vehicles are finally getting their moment. Last week not one, but two companies introduced hydrogen-powered supercars, and now the racing car engineering experts over at Germany’s HWA AG are setting to work on the concept and key elements of an 800-horsepower vehicle, to be launched as the standard car in the newly formed HYRAZE auto racing league.

Green Hydrogen For The Supercar Of The Future

Fuel cell EVs are not exactly new on the block, but HWA has a lot more in mind than hydrogen-powered mobility.

For starters, take the hydrogen. The primary source of hydrogen today is fossil gas, but the cost of green H2 is falling rapidly. HYRAZE will use green H2 when the drivers start their engines in 2023.

According to HWA, that will make HYRAZE the first auto racing series to use green H2, and they are probably right.

The closest thing to an H2-powered racing series we can think of right now is the new Extreme E off-road series, in which battery electric off-road SUVs will use fast charging stations boosted by green H2 production and energy storage systems.

The point of Extreme E is to show off the performance of hydrogen EVs in remote off-grid locations. HYRAZE also aims to put hydrogen through its paces, though from a couple of other angles. The series will begin as a sprint and will build up to endurance racing, leveraging the quick refueling time of fuel cells.

Fuel cell safety is another angle. HWA is leaving plenty of room for the HYRAZE teams to innovate, but the body parts will focus particular attention on protecting the hydrogen elements in case of a T-bone crash.

HWA is also planning on a holistic path that addresses three other environmental concerns common to practically all vehicles, including electric vehicles. After all, tailpipe emissions are not the only issue when it comes to the impact of personal mobility on the globe.

One of those issues involves tire and road wear particles, which researchers are beginning to nail as a significant source of pollution — worse than auto exhaust, according to one study. Key players in the tire industry have been working on the problem, and HWA is chipping in by requiring HYRAZE teams to use renewable (and hopefully non-toxic) materials. That could include anything from dandelions to guayule. Also in the mix somewhere is moss.

Come to think of it, the folks over at Goodyear have come up with a bio-based concept tire that repairs itself, among other innovative approaches to tire design.

In an effort to motivate HYRAZE teams in the direction of less wear and tear, the series will also limit the number of tires to be used.

Another area involves the impacts of the auto supply chain. The teams will be required to use renewable resources for the chassis parts, in the form of a natural fiber composite. Our friends over at Composites World tell us that bast is coming into vogue as a pathway for reducing the environmental impacts of auto manufacturing while saving on weight, so look for that, or something similar (bast is a soft, woody fiber derived from jute, hemp, and similar plants).

HYRAZE will also set about tackling the issue of brake dust. As with tire wear, researchers are also beginning to focus on brake dust pollution and the results are not pretty.

“According to studies, brake wear ranges between 16 percent and 55 percent of total mass of particles amongst non-exhaust road traffic emissions in urban environments,”  our friends over at The Brake Report reported last fall.

HYRAZE will have an answer for that. “Any brake dust produced does not simply make its way unchecked into the environment, but is captured in the car and disposed of in an environmentally neutral manner afterwards,” HWA has declared.

Interesting! Coating brakes to reduce wear is one approach, but HYRAZE appears to be focusing on the potential for total elimination.

A couple of years ago, Trucks.com noted that the brake dust capturing field has begun to heat up in recent years, as auto stakeholders realize the value of preventing dust buildup on tire rims and other parts.

Google already has a patent on a brake dust capture system, so there’s that.

Topping off the brake area is a regenerative system that leverages the absence of downforce design. Downforce refers to an aerodynamic design that pushes the car onto the track. The primary intent is to enable faster cornering, but HWA engineers are ditching the downforce design element in order to enable easier overtaking, with the aim of making the race more exciting for fans.

That approach will also allow for longer braking distances, which enables the regenerative system to capture more energy on the go.

Aside from taking on 4 environmental issues in one blow, HWA is also anticipating autonomous driving with an electronic steering system, courtesy of the firm Schaeffler.

“The steer-by-wire system implemented in the car manages the steering through electronic impulses,” HWA explains. “This allows the mechanical linking of the steering column to be done away with completely – a big advantage, especially for autonomous cars.”

That’s pretty cool, but the really interesting thing about the HYRAZE series is the effort to raise awareness about hydrogen-powered mobility. HWA is reaching out beyond racing fans to tap gamers and e-sports fans, through a partnership with the World eSports Association.

“The teams have two drivers for each car – one for the actual races and one who takes part in the Esports events, which also count towards the championship,” HWA states. “The results of both races count towards the championship standings in equal measures, so that one team will eventually be crowned the overall winner of both disciplines – an absolute novelty in motorsport.”

Other partners in the HYRAZE project are the top motorsport organizer ADAC Sports and the global safety and certification firm DEKRA. For rulemaking, HYRAZE has recruited the Deutscher Motor Sport Bund.

All of this is still in the planning phases, but meanwhile if you need a hydrogen supercar fix, feast your eyes on the new Ronn Motor Group H2 supercar “Myst.”

As for everyday driving, if all goes according to plan, HYRAZE will foster innovations that lead to more efficient, affordable fuel cell cars in the years to come. For the time being, it looks like the best prospects for growth in the field are in the areas of long haul trucking, rail transportation, and other heavy duty applications.

Meanwhile, hope springs eternal in the breasts of auto manufacturers seeking to diversify their lineups while burnishing their green cred with renewable H2.

Stay tuned for more on that, as the US Department of Energy has teamed up with Hyundai and the firm SimpleFuel to demonstrate the NEXO fuel cell sedan on a transportable green hydrogen production system that fits into a standard parking spot. 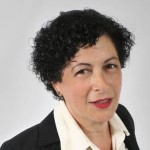 specializes in military and corporate sustainability, advanced technology, emerging materials, biofuels, and water and wastewater issues. Tina’s articles are reposted frequently on Reuters, Scientific American, and many other sites. Views expressed are her own. Follow her on Twitter @TinaMCasey and Google+.