I often hear claims, from EV detractors, that electric cars produce more CO2 than an ICE powered car, because the electricity is produced from polluting sources, and CO2 from the production process of batteries adds to the total.  They skirt round the realities of every ICE powered car having an atmospheric pollution pipe sticking out the back, producing CO2, and rather more, for the entire lifetime of the car. The entire process of oil extraction is highly polluting, and also releases methane into the atmosphere.

A recent report in the Guardian entirely debunks the whole myth.  Researchers calculated that the total life-cycle emissions of an electric car, including its manufacture, battery manufacture, and all of its energy consumption, is significantly less than diesel powered cars, even when they are powered by electricity from coal.   Where the electricity is from renewable sources, the comparison is even more favourable for electric vehicles.  For example –

but, in Sweden, with Europe’s cleanest grid, electric vehicles produced a remarkable 85% less,

and in the UK, as somewhere in between, EVs still managed 50% less.

Those figures are based on the assumption that drivers would use electricity from all sources, where I know that many drivers seek out 100% renewables, for home charging. All EV drivers on the motorway, using Ecotricity fast-chargers, use 100% renewable electricity.

What the Commissioners of the Study Said

It was reported that Yoann Le Petit, a spokesman for the T&E think tank, which commissioned the study, said -.

“On average, electric vehicles will emit half the CO2 emissions of a diesel car by 2030, including the manufacturing emissions, We’ve been facing a lot of fake news in the past year about electrification, put out by the fuel industry, but, in this study, you can see that, even in Poland, today, it is more beneficial to the climate to drive an electric vehicle than a diesel.”

The study says that while the supply of critical metals – lithium, cobalt, nickel and graphite – and rare earths would have to be closely monitored, and diversified, that should not constrain the clean transport transition.

As battery technology improves, and more renewables enter the electricity grid, the study found emissions from battery production itself could be cut by 65%.  Batteries might even be replaced by super-capacitors, and efficiency increased even further by the development of room-temperature superconductors.  The future is electric. 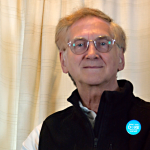