The electric off-road people at Volcon have launched an all-new, all-electric kid-friendly, and trail-ready motorcycle named the “Runt”. And when it arrives later this year, it’ll be more than ready to square off against the likes of the Kawasaki KLX110 and Honda CRF110F for the off-road featherweight title.

Volcon has been spending a lot of its Google Ad dollars trying to convince me to buy one of its full-sized Grunt off-road electric motorcycles, but the lack of turn signals relegates that bike to trails only– and I’d prefer a street-legal ride. With the Volcon Runt, however, I have no such reservations. Heck, the fact that it’s not street-legal gives me the ultimate answer to the inevitable “Why can’t I …?” questions that will come: it’s against the law.

Take it up with the Man, kiddo!

That said, the new Volcon Runt is very much a player in this space more for what it is than what it isn’t. For one thing, it’s priced at $2995, which (after freight and setup), means it’s competitive with its previously mentioned Honda and Kawasaki rivals at $2499 plus $199 freight and whatever your local dealer decides to charge for setup. It’s also equipped with a long, banana-style seat and rear pegs, making it capable of two-up riding on the trails– perfect for entertaining multiple kids at once and, notably, without the worry that someone’s going to end up with exhaust burns on my inner thigh (feel free to ask me about those if we ever meet up IRL).

In addition to eliminating exhaust burns, the Volcon offers a few other safety features that its internal-combustion competition simply can’t match. The most impressive of these, to me, were geo-fencing and remote tip-over monitoring. What that basically means is that you can go into Volcon’s app and set up a sort of virtual “fence” that the bike can operate in. If your kids try to take the bike outside of that fence, it will shut off and you’ll get an alert on your phone. You’ll also get an alert when and where the bike tips over, indicating a fall, so you can get to your kids quickly to make sure they’re OK.

Compare the peace of mind those two safety features offer to something like a kid-sized 4-wheeled ATV that a kid could run off into God-knows-where with, could roll over ON to your child, and then immediately begin spilling flammable gasoline on them while you try to figure out if you heard it go left or go right down the trail and you’ll quickly get the gist of my ATV-based nightmares. The Runt, on the other hand, seems perfectly benign by comparison– and that’s all part of the plan. “The no-clutch, single-speed, electric power train is easier for young riders to learn (than ICE bikes),” explains Andrew Leisner, Chief Executive Officer of Volcon, Inc., “and the new app-based controls will give parents the ability to monitor their children and regulate the power of the motorcycle. The Runt paired with our Grunt will bring new families into the freedom and fun that off-road power sports provides.”

That’s well-said, right? Almost like someone in marketing wrote it or something. If they did, they should have also mentioned the fact that the bike will be followed into the market by accessory Runt seats and handlebars with different heights, to allow the bike to grow with the child into something not too far off of where the 125-150cc class of bikes are, today. With instant electric torque, a 35 MPH top speed, and 35 miles of riding range on-hand, young riders will have plenty to grow into, as well.

What do you guys think– is the Volcon Runt something you’d consider for your kids over the decidedly more toy-like Indian eFTR-Jr., or do you feel like some of the electric MTB options out there might be a better fit? Note, also, that I’ve omitted the ICE option entirely because, with tech like this at a similar price point, I don’t think you can really justify the ICE option anymore, can you?  Maybe you can– let us know how in the comments. 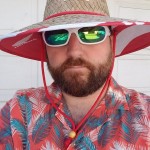