We’re glad to see we’re not the only ones impressed with the amazing Mitsubishi Outlander Plug-In Hybrid (PHEV). We reported in January that it had just passed 100,000 sales in Europe. Now we get news that it is still the top best-selling plug-in vehicle in the UK, and there is a reason of 10 for that.

It’s true that Europeans didn’t have to wait until the end of last year to get to know the Mitsubishi Outlander PHEV, like we Americans did. The PHEV has won accolades from the press for years, since day one. We loved our week behind its wheel, so we got a better understanding of why this vehicle has had so much success.

But first, the official figures from the wire: “Sales of Mitsubishi Motors’ petrol/electric plug-in hybrid SUV totaled 476 units in April and 2,695 units for the period January to April 2018, ahead of every other pure EV and plug-in hybrid on the market.”

The Outlander PHEV has been available in the UK since 2014. It was the first plug-in car there that rapidly achieved widespread adoption with UK drivers. Still, Mitsubishi sold fewer than 1,500 units that year, and its is now selling more than 13,000 a year. Today, the UK hosts more than 36,800 Mitsubishi Outlander PHEVs on the road.

Although, not is all rosy. Registrations of the Mitsubishi Outlander PHEV were down 8.8% in the UK from January to April 2018, and that’s while overall Mitsubishi Motors sales were up by an impressive 12.1% within the same period. Mitsubishi considers that growing and broadening competition on the plug-in vehicle market, but it still spins the Outlander PHEV into good light.

According to Rob Lindley, Managing Director of Mitsubishi Motors in the UK, “Despite ever more competition entering the market, the Mitsubishi Outlander PHEV continues to win more and more customers over thanks to its no-compromise, SUV versatility, and low real-world running costs. With more excellent new SUV models joining the range, such as the Eclipse Cross and Shogun Sport, we have ambitions to grow the Mitsubishi brand even further in 2018 and beyond.”

There really isn’t much to fault with the Mitsubishi Outlander PHEV. We have been waiting for this PHEV SUV for many years, with Mitsubishi hinting it would arrive year after year but then pushing the US launch off, in part due to such strong demand for the vehicle in Europe.

In the end, an SUV might seem like more car than is needed, but for those who do need that extra space to haul people or animals, or for work purposes, the Mitsubishi Outlander PHEV hits it home with just about the best of all worlds and a pleasant to drive to boot. One thing it could use: a notably bigger battery for more all-electric driving. Otherwise, though, we had trouble finding anything to complain about.

That said, we could imagine something even cooler. We dreamt of a Lancer Evolution PHEV — a nice project for Mitsubishi’s qualified engineers, VPs, and rising staff. Maybe now that the company is part of the world’s leading EV sales network, the Renault-Nissan Alliance, it will bring an electrified Lancer Evolution to market?

To check out our full review of the Outlander PHEV, go here:

1 Week Behind The Wheel Of 2018 Mitsubishi Outlander PHEV — CleanTechnica Review, Part I

1 Week Behind The Wheel Of The 2018 Mitsubishi Outlander PHEV — CleanTechnica Review, Part 2 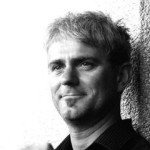 Born and raised around classic cars of the 1920s, it wasn't until Nicolas drove one of the first Tesla Roadsters that the light went on. Eager to spread the news of that full torque he started writing in 2007. Since then, his passion led to cover renewable energy, test drives, podcasts, shoot pictures and film everything that is new and efficient. Nicolas offers an in-depth look at the e-mobility world through interviews and the many contacts he has forged in those industries. There are more solutions than obstacles.