It had driven my wife and I crazy for the last six weeks trying to raise our Tesla Safety Score up from 96. We heard rumors that if you got your safety score to 98 sometime soon, you would be eligible for the version-10.5 upgrade.

We had taken a circuitous route through Mt. Pleasant where my great grandmother immigrated to from Switzerland in 1866, and nearby historic Spring City where we stopped for a bratwurst-with-sauerkraut dinner at Das Café. Then we had to decide whether to loop back the longer route to the Nephi on I-15 Supercharger or try to eke out enough range to make it to the Supercharger on I-70 at Richfield. The Tesla navigation estimated that we would get to Richfield with 12% battery state of charge (SOC). However, with the extra drag from two big e-bikes on back, we knew that wouldn’t be easy. A couple of hours later, driving through stark but beautiful Utah mountains, we slipped into Richfield with 6% SOC and 12 of miles range left. We had to drive as slow as 45 or 50 mph with our flashers on to make it.

Richfield has only 4 charging stalls and the Tesla NAV said that only one stall was free, so we were very pleased that only one Model X was charging when we arrived. There is one stall in Richfield that you can drive next to instead of backing up. This is very welcome since the backup sensors don’t work with the bikes on back. We were dead empty, so we were disappointed to only be charging at 67 kW at stall 1A. We asked the elderly couple in the Model X how they were doing? They said 115 kW, so we switched to 1B. The couple was on 2B, so we couldn’t try 2A since we would be splitting power with them. No luck, still 65 kW, but we didn’t need much to make the 62 miles to the Beaver V3 Supercharger with 24 new 250 kW stalls.

By this time, we were chatting with the couple in the Model X. They were headed from Alberta, Canada, to their winter home in Phoenix, Arizona. They have a Model S as well as the X and keep one in each location, so normally they fly between Alberta and Phoenix. However, last spring Canada was shut down because of COVID and they couldn’t fly north. They had to drive the Model X in order to get back to Alberta. Yesterday, they were in the process of taking their Model X back to Phoenix. They needed a full charge because they needed to make the 200 miles to the next Supercharger in Gage, Arizona.

It was dark before we had joined 15 other Teslas charging at the V3 Superchargers in Beaver and made it to St George. Once I got the bikes off the back and the car unloaded, I started the software download. But first let’s talk about the last 6 weeks. After a few days I was getting pretty good at getting 100 for my daily safety scores at our summer lake house in Northern Wisconsin. Our Chief Editor, Zach Shahan, had somehow managed to get an average score of 100 and was in the first group that got the new FSD Beta software, and I enviously read his reports on his experience. Because of some bad scores the first few days, I couldn’t get my score above 98, so I missed out. A few weeks later, we heard that those with a score of 99 or above also got the FSD Beta software. A few weeks later, we heard rumors that those with scores of 98 or above would be next.

Meanwhile, we had to drive the 1500 miles from our summer home in Wisconsin to our winter home in Utah. Coming around a blind corner in Casper, Wyoming, I saw a red stop light at the bottom of the hill. I had no choice — I had to brake hard! That dropped my score for the day and my average score dropped to 96. There was no way I was ever going to get my score to 98.  Then it became obvious that Tesla was dropping scores older than 30 days off your report. If only I could get scores of 98, 99, or 100 every day for a month, my score would go back up to 98.

Now we were on the Wasatch front driving between the Provo area and Salt Lake City on 12 lane I-15 and 6 lane State Street. It was nearly impossible to make the drives without someone cutting you off (Unsafe Following), tapping your brakes a little (Hard Braking), or turning a little too sharply (Hard Turning). Some days we were lucking enough to get 100, other days 98 or 99. Then there would be a day when my wife was driving when she got a score of 96 and some days that would happen to me. With scores that low, there was no way we would ever get back up to 98.

Some drivers had reported that you could eliminate a bad score by rebooting your Tesla. You get a mild reboot by holding down the two thumbwheels on the steering wheel. No luck! So I tried the hard reboot where you hold down the two thumbwheels and the brake pedal. Still no luck. However, by this time, we figured out that if you drove many miles safely, your small mistakes would be minimized. Say that my wife drove 6 miles and had a 96 — if you drove another 30 miles with no mistakes, you could raise your daily score to 98. Just recently, I misjudged a few stop lights where regenerative braking was not adequate and I had to brake lightly. Disaster — my score was 96. That night I drove 80 miles up and down I-15 and managed to get my score back up to 98.

I don’t think I need to explain more. It was driving my wife and me crazy. Then the day before yesterday, the 88 from 30 days ago dropped off our safety report. I was astonished! Our average score jumped up to 99.

Would we be eligible for the next download? Did we miss it! Did Elon Musk change his mind again and there wouldn’t be another download?

That brings us to last night. You can download software update 2021.36.8.8. Would this be it? Nothing about that number was a tip. I knew that the latest FSD Beta update was 10.5, but yes, in the release notes there was reference to 10.5. Once I got the download, I knew I needed to go to Full Self Driving in then nested setting and activate it. I went to FSD, and sure enough, there was the activation button.

Now I pull out of my garage and see new graphics in the display. How do I activate it? No clue! So I put an address into the navigation and start to drive. Pull the right stalk down twice and it not only activates smart cruise and steering assist, but also feature-complete Full Self Driving.

It automatically makes the two left turns onto Snow Canyon Parkway and gives me all these fancy graphics. Now I’m coming to the first roundabout. The old steering assist would always fail here. The car comes to a dead stop at the roundabout — what the heck! Then it proceeds fast enough to scare me and exits at the proper point. Next roundabout, same thing. I guess it needs to make sure no cars are coming before it proceeds. I can live with this, but someone right behind me might just crash into my rear end. Then I put in the address of the nearby LINS supermarket. It makes the first turn onto Dixie Downs Parkway and then the early turn into the strip mall and stops right at LINS. Then I put HOME into my NAV and it makes all the correct turns and stops in front of my house.

I make a more extensive test the next day — very weird, often unnerving, but really amazing. It really works! It will be a while before I trust it to drive me through heavy traffic.

In this article:Tesla Full Self Driving 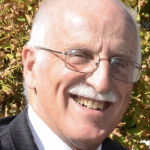