Tesla held the Semi reveal event and of course the pattern restarted, now with two different products — the Semi and the Roadster.  The recent statement from Daimler’s head of trucks that the Tesla Semi defies the laws of physics is a continuation of this trend, and it convinced me to write.

Before I go on, I think it’s worth pointing out why I think what I’m about say has any value. The merits of EVs are often debated based on environmental friendliness metrics or what the sexiest ones can do.

Neither of those arguments really compel me at all.

Are they sexier? Maybe. Tastes in cars vary, but I challenge anyone to look at an original Nissan Leaf and declare it a “sexy” car.

Take away those two arguments, and it’s where I come in. Ultimately, I believe it’s people like me who don’t look at those factors as to why EVs are about to dominate. But that’s for another time.

I worked at a big business with significant control over a multi-million dollar budget. I was at the table for seven-figure purchases with the other party promising us performance that competitors claimed impossible. I live in the world of stats and figures, and use them to sniff out what is possible.

With that, I want to stick the business lens on the Tesla Semi and make some predictions. And sorry, Daimler, I think you’ve been passed by.

When Musk first stated Tesla would make a long-haul Semi, the article pattern began. Then there was the reveal, complete with stats that seem almost cartoonish. The pattern restarted. We’re still hearing that the stats must be impossible.

Let’s back up and look at this like a business. I’m certain that the prototypes are the real deal, and the stats are conservative if anything. Here’s why:

Elon Musk cited the stats for the truck. I already hear those that question Tesla saying, “Yeah, Elon says a lot of things. So?” And to be honest, that’s true. Elon says things that he wants to do in Twitter a lot.

But this was different. If you were watching through Tesla’s website as he was saying it, information popped up to pre-order the truck.

If Musk said the truck would go 500 miles knowing it can’t, that is a textbook case of false advertising. All you need to prove false advertising is show that you were misled by the advertising and suffered “injury” as a result. Want an open-and-shut false advertising case? Buy a Tesla Semi, load it up, drive it on a 500 mile route, and have it run out of juice.

And before anyone says, “yeah, but they are selling fully autonomous driving without that capability yet,” yes, they are … but when you buy it, they tell you it is a feature that will be coming in the future, not when you get the car.

For the cost to operate per mile, electricity cost has been questioned as an “unrealistic” 7 cents per kWh. That might be unrealistic based on what you pay for your home electricity, but it was a guarantee. Another easy open-and-shut false advertising case.

I’m not going to get into the nitty gritty on why I’m sure the stats they showed undershoot the savings a Tesla Semi will achieve (they estimated diesel at $2.50 a gallon!), but suffice to say, businesses usually undershoot their claims or don’t make them at all. I’m sure DHL did the math when it said it expects to recover the premium on these trucks within 1.5 years.

Besides: Tesla is selling this product directly to a group of people like me who are going to run the numbers every which way and figure out if this is cheaper to use. Lying to us is a bad idea. Lie to us on something that is an open-and-shut false advertising case at your own peril.

There is still at least one mystery — it seems a battery breakthrough occurred. I’m banking on that already being true.

Before you read an(other) article that says that the batteries for the Semi and the Roadster are an aspirational goal that Tesla probably won’t hit, remember that Tesla started taking pre-orders for the Roadster at the exact same time. Something is up, or else Tesla just opened itself up for more false advertising claims, and those who can drop $50,000 to pre-order a car are in a group I’d not want to anger either.

If Tesla staked its future on aspirational claims, it is doing it with the two most dangerous groups. I tend to believe the pattern will hold, and the Tesla Semi is real, and it truly is a Beast. A Beast that is ready to save a lot of money.

In this article:Elon Musk, Tesla Semi 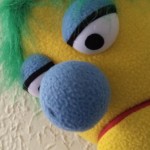