A few days have passed since the reveal of Tesla’s Cybertruck. I’ll admit to being one of those who thought Musk was playing a joke when the Cybertruck first rolled onto the stage. But in a few minutes I realized this was really it. It wasn’t  a movie prop, this was the newest addition to the Tesla lineup of electric vehicles. The sledgehammer stunt was pretty cool, and then the window break fail (first iteration) made me wonder again if this was just a setup for the real vehicle. When the show was over, I truly didn’t know what to think.

Who is this and what did you do with my son?

As the end of the reveal faded out, I received a text from my son. Let me set this up properly. My son lives in TEXAS, where people only drive trucks. He drives an F-150 with lift kit, gigundo tires, custom exhaust, crew cab, and another bunch of stuff — I don’t even know what it is. This is a 40 year old who until this reveal had no interest in electric vehicles. He texted me immediately after the presentation ended to let me know he had reserved the 500 mile, three motor, 0–60 in 2.9 seconds version and couldn’t wait to get it.

I just don’t know what to think. Armageddon may be here.

As I pondered this diversion in the fabric of space/time, this piece on CleanTechnica shed a little perspective on the subject. The Cybertruck does make every other “truck” out there look a bit sissified. Compare the new Tesla truck vs this S-1500 and I think you’ll agree:

Editor’s note: I do have several extended family members in Texas. Court’s telling of the culture matches my understanding and observations of it, particularly his use of the word “sissified” and his statement, “TEXAS, where people only drive trucks.” While my article above was basically a quick decision at 2:00am or so one evening to write a funny article, it did capture a top reason why I think the Cybertruck could be a humongous hit, but I’ll let Court get back to that.

Could anything be uglier?

Editor’s note: Okay, one more comment! While many consider the Cybertruck to be ugly, some commenters insightfully highlighted that ugliness right next to their statements that they ordered the thing! In my humble opinion, the “macho” nature of the truck is benefited by it being “ugly.” Remember, real men are not supposed to be pretty. They’re supposed to be gruff, tough, and “ugly” to some extent or another.

My first thought was that this was another glorified Hummer. But when you compare the specs, there is no comparison.

Photo by Spencer Davis on Unsplash

What about the stainless steel body? I love that it is bullet proof, sledgehammer proof, and definitely able to take the impact of a shopping cart at the grocery store. Okay windows — those were first iteration. Stainless steel? Didn’t John DeLorean try that a few decades ago? Dealerships were throwing a coat of paint on them, which promptly didn’t stick and fell off, making the cars uglier than the Cybertruck. But the answer today is a wrap. I can already visualize a full camo Cybertruck. Maybe a full mirror finish that acts like a cloaking device. The possibilities to make the Cybertruck an expression of your personality are endless and start with a clean slate.

The Cybertruck could also be the go-to vehicle for rebels, warlords, and fast moving militias.

Photo by Gregory Hayes on Unsplash

Photo by HIZIR KAYA on Unsplash

Has Musk done it again?

If the Cybertruck actually takes off, and 146,000 reservations in 48 hours would at least hint at that possibility (update: 250,000 since this article was written, based on the last Elon Musk tweet on the topic), this could be the clarion call to legacy manufacturers that there might just be something to this electric revolution. Trucks are the bread and butter of Ford, GM and FMC. They won’t take this quietly. 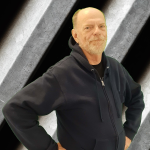